The President of Uzbekistan introduced the Turkish businessmen the new khokim of Tashkent – Jahongir Artikhudjaev. 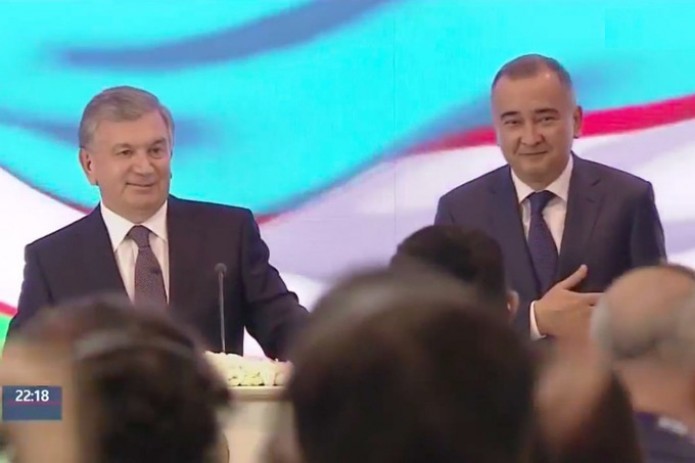 As reported earlier, on May 30, within the framework of the state visit of Turkish President Recep Tayyip Erdogan, an Uzbek-Turkish business forum was held in Tashkent. The event saw the Presidents of both countries.

The President of Uzbekistan introduced the Turkish businessmen the new khokim of Tashkent – Jahongir Artikhudjaev.

"For the first time in the history of Uzbekistan, I appointed a trusted entrepreneur, khokim of Tashkent, " said Shavkat Mirziyoyev.

"This young man, modern, understanding the current reforms, far from the bureaucracy, will be able to provide the country with fresh air, support investors and present the future of Tashkent. Unlike the majority of our heads, he didn't work in any bureaucratic system. He's a businessman. I made this decision because tomorrow I trust only businessmen. The entrepreneur is a khokim of Tashkent city, " the head of state said.

"Starting tomorrow, he bears a double responsibility," added Shavkat Mirziyoyev. - If you (Turkish investors — ed.) will face at least one obstacle in Tashkent, it will be on his conscience."